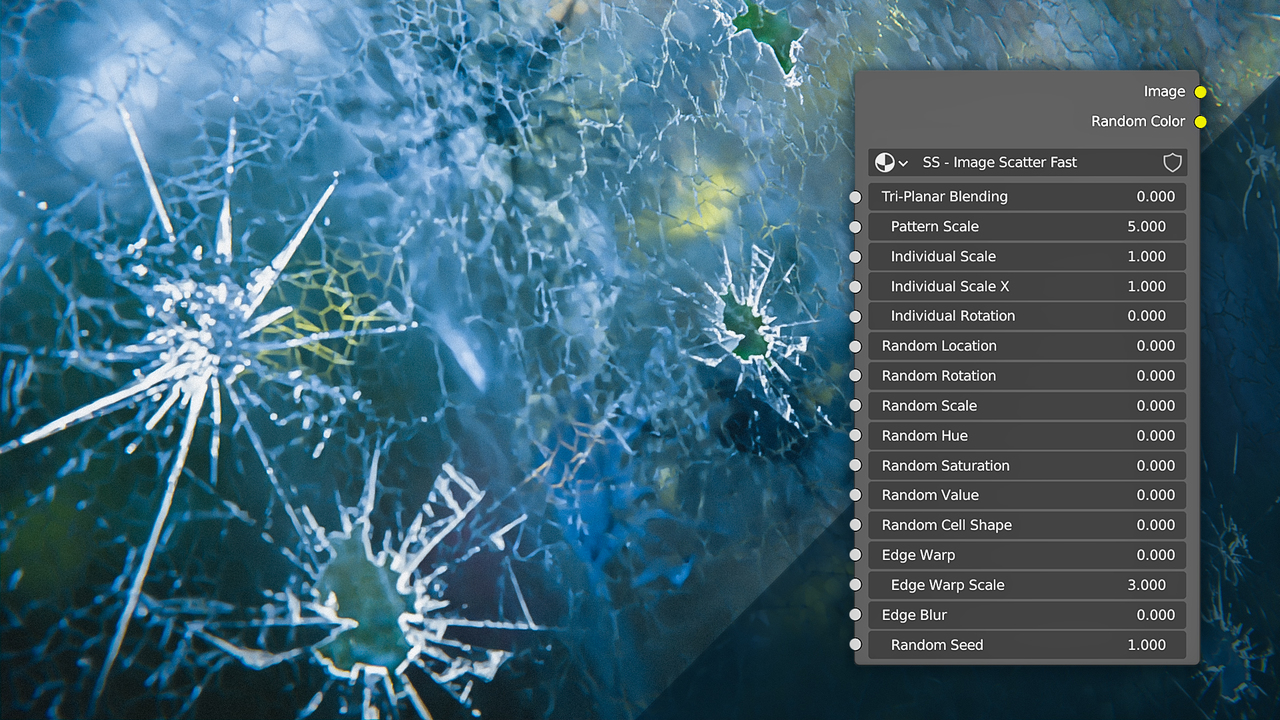 Combine the power of procedurals with the details of image textures

Scattershot is an addon for Blender’s shader editor that distributes and randomizes textures, similar to texture bombing or splattering operations in other 3d software - except with more control and less setup.

Tiled textures can look great up close, but even the best seamless texture looks obviously repeated and fake at a distance. Scattershot instantly fixes that issue with the Voronoi Scatter function, which turns your image textures into a new node that has controls for randomizing every aspect of each repetition of the texture as well as controls for obscuring the seams between each cell. 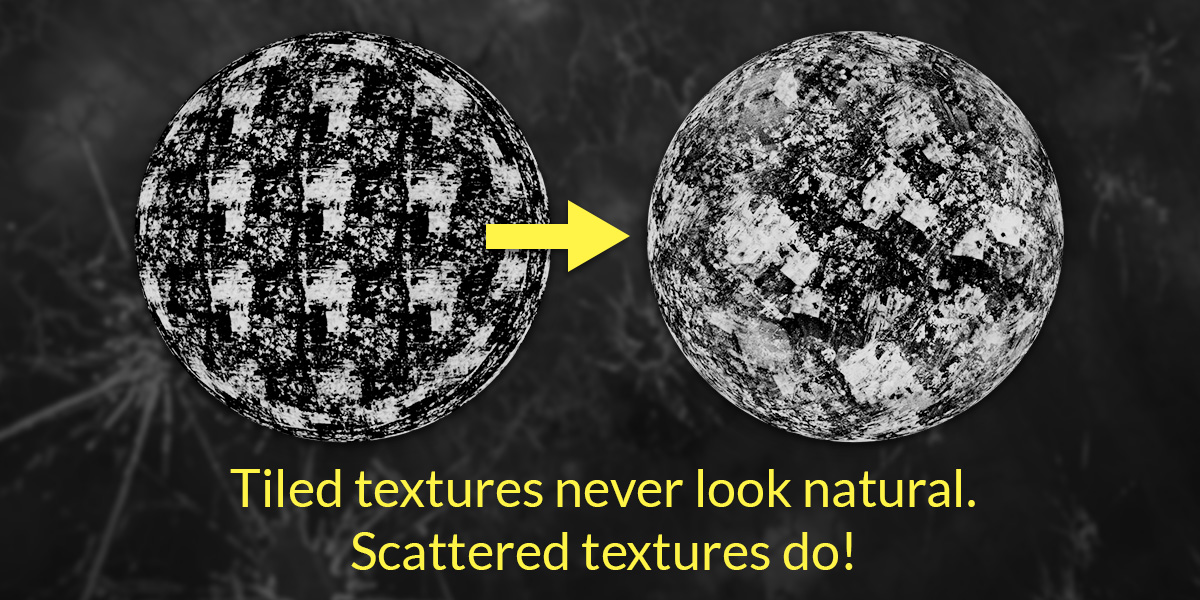 Scattershot gives you full control over how you want to distribute and randomize your textures with finely tuned, easy to use sliders. Some options require a procedural texture to be added inside the node, so you can always leave those options off during creation so that your shader will be as quick to render as possible.

And, speaking of render times, this setup is surprisingly fast. Texture bombing works by manipulating the texture’s vectors, which means that it is not increasing memory usage or render time to any noticeable degree. The custom tri-planar projection that enables more randomization than Blender's box mapping is just as quick to render as using UV coordinates. If you don't need transparency, the difference in render time and shader compilation compared to a regular image texture is negligible.

What really makes this addon a must-have in any noodle wrangler’s tool belt though is how versatile it is.

If multiple textures are selected, Voronoi Scatter’s Interspersed scattering method will randomly pick one texture for each cell. The Noise Blended scattering method gives an even more natural looking distribution and also works with any number of textures.

Scattershot also fully supports textures with transparency, so that you can easily layer the result over any other texture. In addition, you can enable stacked or overlapped transparency so that nearby textures can appear to be layered on top of one another! 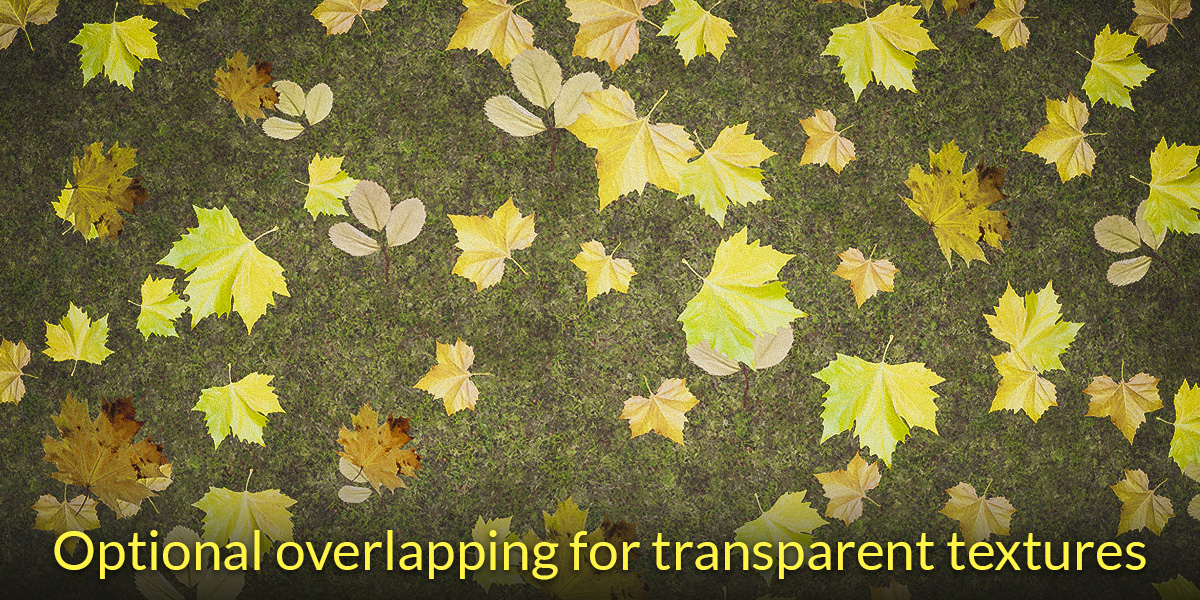 In order for all of these effects to work together and be customized for each situation, a lot of manual tweaking would need to be done to your scattering setup each and every time you want to use it. I, of course, do not want to spend time doing that. This addon was born of pure laziness so that I can get exactly the results I need in just a few clicks.

You'll also find operators for some of the tricks that Voronoi Scatter uses under the hood, such as Noise Blending, Randomize HSV, and Tri-Planar Projection, so that you can use them on any set of nodes in your shader.

For more detailed information on the settings and how to get started, check the documentation. Requires Blender 2.83 or later. 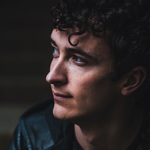